Le Nicolett, a restaurant in downtown Lubbock, Texas, infuses West Texas history and culture with fine French cuisine. This adaptive reuse project was designed by Jessica Colangelo and Charles Sharpless, professors at the Fay Jones School of Architecture and Design.

The creative design work of two professors from the Fay Jones School of Architecture and Design was recognized at the 2021 Interior Design Educator Council virtual conference in early spring.

Jessica Colangelo, Assistant Professor of Architecture, and Charles Sharpless, Assistant Professor of Interior Design, received the award for “Best Creative Scholarship Presentation: Design as Interior” for “The Nicolett: French Cooking in the Texas Panhandle ”. The two are also directors of their professional design company, Studio somewhere.

“As professors working to establish a design practice, we are very pleased that this aspect of our creation grant is recognized by a national institution of design educators,” said Sharpless.

By bringing the old and the new together in the structure and creating cultural bonds through a shared appreciation of craftsmanship, the Nicolett attempts to engage a large audience and facilitate a new experience of cooking and design in the West Texas.

The interior design of the Nicolett, named after Lubbock’s first hotel, was initiated with the creation of a logo, theme and brand for the restaurant from research and combined conversations about the restaurant. spirit of the place by designers and owners. Nicolett’s culinary and design vision grew out of an interest in fusing the simplicity and sophistication that is embodied in French cuisine with the utility and rugged beauty of the West Texas High Plains.

The construction of cowboy hats served as an analogy that connected the chef’s French dining experience with the modern details of the designer. In all three areas, a high level of craftsmanship and execution is required to create a final product refined in its simplicity, identifiable in its utility and immediately identifiable in its aesthetic statement.

After analyzing the many cuts and styles of cowboy hats, the restaurant logo is taken from the most streamlined profile of the open style cowboy hat, which has a dome shape. This simple arch profile with outward facing legs became a motif that could then be repeated beyond the two-dimensional logo in the shapes and details of the project.

“The project is a great example of how the history and culture of a place can be infused into the design process, as well as how small details can play a role in generating a concept. wider in design, ”said Sharpless. “This design methodology aligns closely with how we teach the creative aspects of interior design and studio architecture at all levels. It is incredibly useful to have projects like this as studies. case study to inspire studio students and get them excited about their future in the practice of design beyond the Fay Jones School. “ 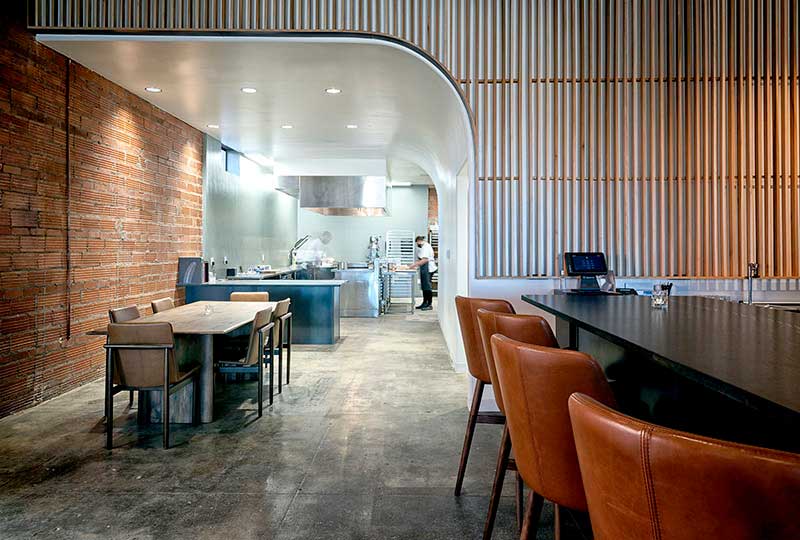 The Nicolett, a restaurant in downtown Lubbock, Texas. Photo by Melinda Harvey.

With decades of experience as a hairstylist, manager and educator, Angelo Fraccica finds his passion and inspiration in the natural beauty and sensuality of women – how changing a woman’s hair can transform her mood and lift her spirits. . FashionUnited recently interviewed Fraccica about his role as educator of Moroccanoil’s creative design team, his […]

Metropolis launches the Planet Positive Awards program to recognize the most creative design projects and products that benefit people and the planet.